Welcome along to another series of posts focusing on the Essential Kitchen Cupboard items, or more specifically the Essential Baking Ingredients. That’s right, this time we are focusing on those must have essentials when it comes to baking. Also including some of the handy conversation tables. All you need to know to be stocked up for those last min donut or yummy madeleines urges.

It’s no secret that having a well stocked cupboard will give you the confidence to get experimental. Who knows what amazing sweet treat you may discover. for me I always found the biggest barrier to not cooking is not having the things in. So many times having the right ingredients can help me throw up a fresh batch of cookies just when we need a sweet snack. Or indeed a sweet scone treat with a cup of tea.

Now i might have said this before in my essential kitchen cupboard series but don’t rush out and buy everything just to gather dust. Go for the basics with a few little neat little extras and your on your way to baking with confidence.

Of course If your kitchen is already super well stocked and you are looking for more recipes you can click the following: Soups & Light Bites | Mains | Desserts | Guest Recipes

Here we will go through what you will find in my cupboard when it comes to baking. I have tried to include as much information about each item because power is knowledge right. We will star of with flour and move through the different sugars. With so many items its going to be a long list but useful if you need to know more behind the ingredients we use.

Flour is a powder made by grinding raw grains, roots, beans, nuts or seeds. It is used to make many different foods. Cereal flour is the main ingredient of bread, which is a staple food for most cultures. Wheat flour is one of the most important ingredients in Oceanic, European, South American, North American, Middle Eastern, North Indian and North African cultures, and is the defining ingredient in their styles of breads and pastries.

Wheat is the most common base for flour. Corn flour has been important in Mesoamerican cuisine since ancient times and remains a staple in the Americas. Rye flour is a constituent of bread in central Europe. When building the Essential Baking Ingredients flour was always going to be top of the list.

Milled from soft wheat varieties and has low gluten and protein content which makes it suitable where a crumbly texture is needed. Best for: biscuits, scones, crumbles, pancakes, shortcrust pastry and sauces.

Already contains raising agents which gives a nice rise to baked goods. So you do not need to add this into your mixture. You can also make your own self raising flour. add 2 level teaspoons of baking powder to every 100g of plain flour.
Best for: cakes such as sponges, and scones, some biscuits and suet pastry.

Made from hard wheat varieties. It contains more gluten than other types of flour which gives it its elasticity and enables the dough to rise with a good structure. Best for: yeast cookery and enriched doughs. Strong White flour is also used for choux pastry and filo pastry.

Whole-wheat flour is made from milling the ‘whole wheat’. Meaning that all three parts of the wheat are ground to create the flour. As it is milled from the whole grain, it retains its natural nutrients, the most of which are found in the germ and the bran. Making it higher in fibre and nuttier in taste than white flour.

When grain is ground between two mill stones. Stoneground flours tend to have a richer flavour and texture. They are widely used by artisan bakers, who like to work with baking ingredients and techniques of our heritage.

Corn starch or maize starch is the starch derived from the corn grain. The starch is obtained from the endosperm of the kernel. Corn starch is a common food ingredient, used in thickening sauces or soups. Also in making corn syrup and other sugars.

Ah the sweet life. I love sugar, I mean really love sugar! Thinking about my Essential Baking Ingredients meant going through my sugar draw! Turns out I certainly do collect the sweet grain. Here I have some information about the different sugars than can be used in baking.

Sugar is the generic name for sweet-tasting, soluble carbohydrates, many of which are used in food. The various types of sugar are derived from different sources. Simple sugars are called monosaccharides and include glucose, fructose, and galactose.

A very fine sugar in Britain and other Commonwealth countries, so-named because the grains are small enough to fit through a castor which is small vessel with a perforated top, from which to sprinkle sugar at table. Commonly used in baking and mixed drinks, it is sold as “superfine” sugar in the United States. Because of its fineness, it dissolves more quickly than regular white sugar and is thus especially useful in meringues and cold liquids. Castor sugar can be prepared at home by grinding granulated sugar for a couple of minutes in a mortar or food processor.

Powdered sugar, also called confectioners’ sugar, icing sugar, and icing cake, is a finely ground sugar produced by milling granulated sugar into a powdered state. It usually contains a small amount of anti-caking agent to prevent clumping and improve flow. Although most often produced in a factory, powdered sugar can also be made by processing ordinary granulated sugar in a coffee grinder, or by crushing it by hand in a mortar and pestle.

(sometimes called Barbados sugar) is an unrefined or partially refined cane sugar with a strong molasses flavor and a high moisture content. It has a rather coarse texture and feels sticky to the touch. It’s easy to find in some countries, but it is next to impossible to find in others. If you happen to live in one of those countries where it’s difficult to find, you’ll be happy to know there’s a simple substitute. All you need to make a substitute for muscovado sugar is brown sugar. That’s it.

A dark brown, almost black, moist granular sugar. It can be used interchangeably with muscovado sugar, but molasses sugar has a stronger taste as compared to muscovado. Its distinctive molasses taste is due to its high content of molasses. Nutritively, it has high iron content. Molasses sugar is often used in chutneys, pickles, and marinades, as well as in Christmas cakes.

Now I am not the biggest nut lover in the world, however I do like to keep a supply up for those classic bakes. Ground almonds can be found in so many bakes and the joys of coconut macaroons oh my actual days! I always get so hungry when I sit down to type.

Having a good supply of chocolate can be difficult if you are like me and raid the kitchen for any sweet treat! I do however like to try find some will power to keep a bit of chocolate about ready for cookies or a lovely chocolate glaze for donuts. The Essential Baking Ingredients list wouldn’t be complete without going to some chocolate related information.

A solid chocolate made with milk added in the form of powdered milk, liquid milk, or condensed milk. In 1875, a Swiss confectioner, Daniel Peter, developed the first solid milk chocolate using condensed milk, which had been invented by Henri Nestle. The US Government requires a 10% concentration of chocolate liquor. EU regulations specify a minimum of 25% cocoa solids. However, an agreement was reached in 2000 that allowed an exception from these regulations in the UK, Ireland, and Malta, where “milk chocolate” can contain only 20% cocoa solids. Such chocolate is labelled as “family milk chocolate” elsewhere in the European Union. Cadbury is the leading brand of milk chocolate in the United Kingdom. The Hershey Company is the largest producer in the US.

Known as “plain chocolate”, is produced using a higher percentage of cocoa with all fat content coming from cocoa butter instead of milk, but there are also “dark milk” chocolates and many degrees of hybrids. Dark chocolate can be eaten as is, or used in cooking, for which thicker baking bars, usually with high cocoa percentages ranging from 70% to 100%, are sold. Baking chocolate containing no added sugar may be labelled “unsweetened chocolate”.

Made of sugar, milk, and cocoa butter, without the cocoa solids. It is pale ivory colour, and lacks many of the compounds found in milk and dark chocolates. It remains solid at room temperature as that is below the melting point of cocoa butter.

The pulverised cocoa solids left after extracting almost all the cocoa butter. It is used to add chocolate flavour in baking, and for making chocolate drinks. There are two types of unsweetened cocoa powder: natural cocoa produced by the Broma process, with no additives, and Dutch process cocoa, which is additionally processed with alkali to neutralize its natural acidity. Natural cocoa is light in colour and somewhat, and is commonly used in recipes that also use baking soda; as baking soda is an alkali, combining it with natural cocoa creates a leavening action that allows the batter to rise during baking. Dutch cocoa is slightly milder in taste, with a darker colour. It is frequently used for chocolate drinks such as hot chocolate due to its ease in blending with liquids. However, Dutch processing destroys most of the flavonoids present in cocoa.

While the Essential Baking Ingredients should be all about the ingredients I wanted to include these super handy conversation tables. Not only do i have a table for the conversations but also a table for the oven temps. Finding so many recipes with oven temps from a different county can be confusing so make sure to bookmark this page for future reference. 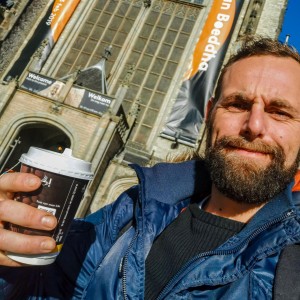